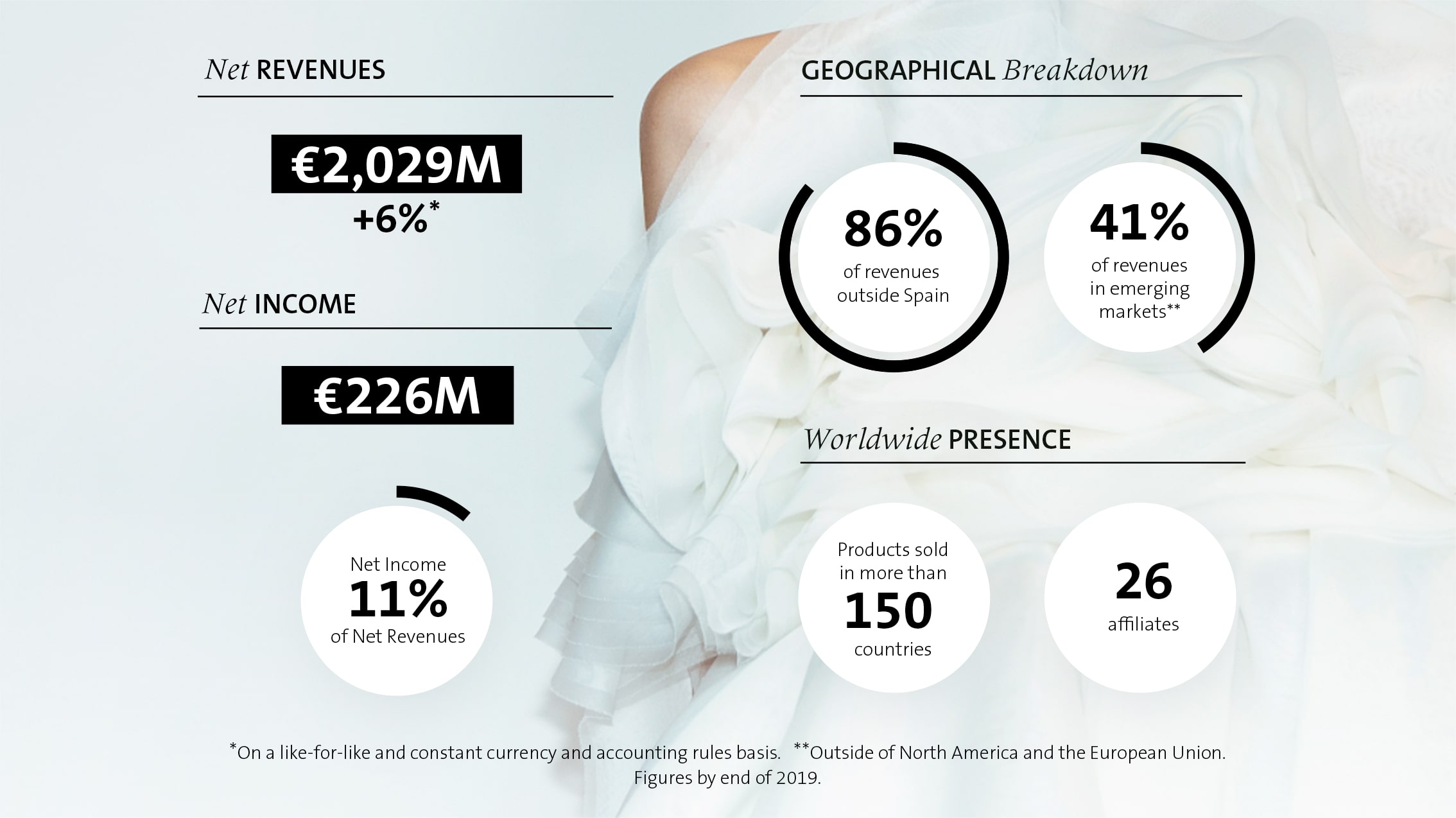 Puig reported €2,029 million in net revenues for 2019, which represents an increase of 6% on a like-for-like and constant currency basis.
Profit before tax represented 15% of net revenues. Net income rose to €226 million, or 11% of revenues.

14% of revenues were generated in Spain and 86% in other countries throughout the rest of the world. Emerging markets outside of North America and the European Union accounted for 41% of the company’s business.

In Spain, retail sales of selective fragrances to end consumers have increased by 8%, and Puig maintained its leadership both in selective perfumery and in the mass market.

Developed markets have grown by 6% over the previous year on a comparable basis, equivalent to 9% reported. The turnover in these markets was driven by the favorable evolution both in Europe and North America, as well as by the impact of the first full year of Dries Van Noten sales.

In emerging markets, sales grew by 7% on a like-for-like and constant currency basis, equivalent to 3% reported. In these markets, Puig sales increased thanks to growth in Asia, driven by the development of Christian Louboutin’s cosmetics.

All Puig fragrances are manufactured in the company’s production centers in Spain and France. Puig currently sells its products in more than 150 countries and has affiliates in 26 of them.